SpaceX satellite to speed up the Internet. 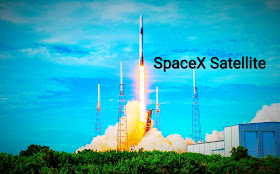 
Elon Musk, founder and CEO of SpaceX, plans to set up 12,000 satellites to ensure fast Internet service to remote areas of the world.


To implement this goal, 12,000 satellites will be set up initially.  However, SpaceX has already sought permission from the International Telecommunication Union (ITU) to install 5,000 more satellites.


StarLink Satellites will offer faster Internet service in Canada and North America within the next year, SpaceX said.
In order to bring the entire world under the fast Internet, satellites need to be rocketed a further 20 times.  Elon Musk, CEO of SpaceX and Tesla, wants to control a large part of the Internet market in the future.